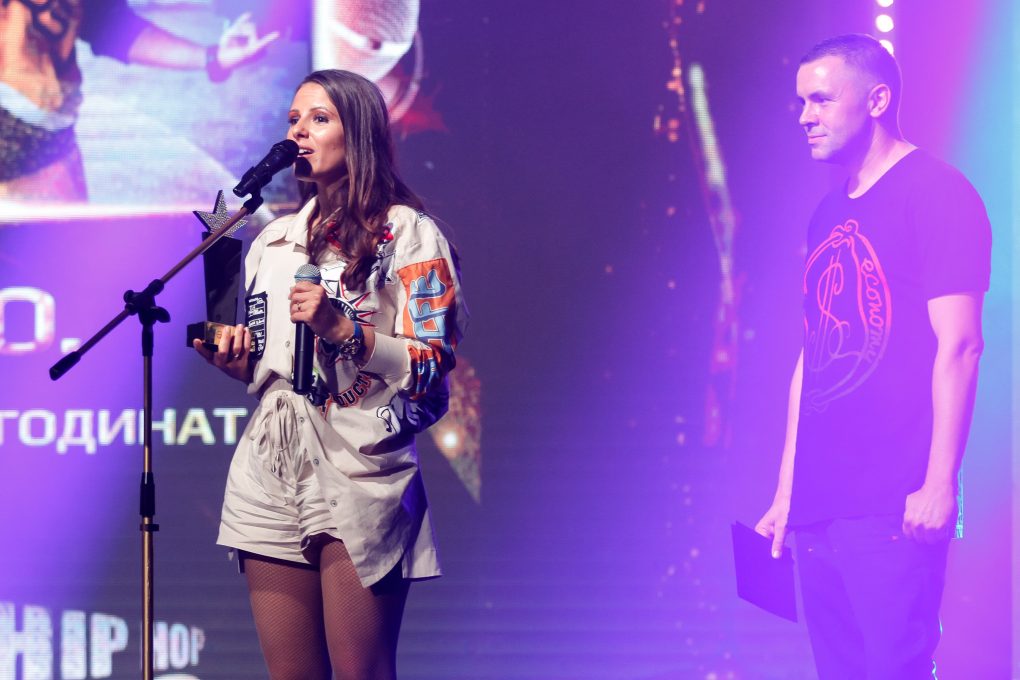 On June 22, in the EFE hall of Hotel Marinela, rappers and performers from all over Bulgaria gathered for the annual awards of 359 Hip Hop.
SkandaU left with a statuette for “Song of the Year” and “Group of the Year”.
F.O. is a rapper for 2020 at the 359 Hip Hop Awards. The wife of F.O. Preslava Peeva accepted the award because he could not attend due to health reasons.
SkandaU, Bobo and Homelesz won the most coveted statuettes at the 359 Hip-Hop Awards.
Homelesz returned with an award for “Best MC”, and the hall was in ecstasy after Bobo not only became “Best R’n’B Artist”, but also grabbed the statuette for “Album of the Year”.
After becoming a “Fashion Idol”, Gary-Nicole changed several outfits, removed the statuette for an R’n’B woman, and exploded on stage with her new song “Butai”.
ANT! and the event host Yoko shared the prize for “Best MC Woman”, and Svetlio Kaslev returned with a statuette for Beatmaker mainstream.
Tickets for the event were sold out, and the hall was full. Guests had fun with Itzo Hazarta and Bat Venci, Valentina, Homelesz, DJ Cass, ballet Nova and many other performers on stage.

Presentation of the book “Bulgaria on Olympus”

World guest designers on the stage of Sofia Fashion Week