The Golden Girls celebrated another victory at the Hotel Marinela Sofia

After getting Armeec Arena on its feet, the diamond girls from the ensemble consisting of Simona Dyankova, Madeleine Radukanova, Stefani Kiryakova, Laura Traats, and Erika Zafirova celebrated their successive glamorous victory at an official dinner in Sofia Hall at the Marinela Hotel.
The golden girls of Bulgaria won the gold from the World Cup with a combination of three hoops and two pairs of bats at the end of the three-day competition.
The Bulgarian ensemble performed excellently and received a score of 24,050 points from the judges (15,900 difficulties, 8,150 for performance), which seemed close to the title. Still, then the ensemble of Ukraine also played at a very high level and received a score of 20,100. In third place was the team of Japan with 23,600 points.
“Whatever we say about these girls, about their coaches, about compositions and performances, will still be not enough. Just support them, love, and believe in them, because in their work, perseverance and self-sacrifice are gathered Bulgaria’s pride. 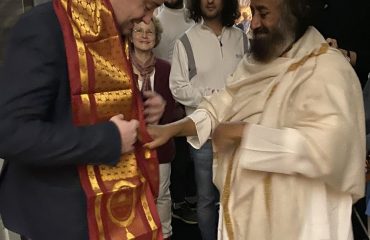