The most significant event uniting spirit and wine industry Whiskey, Rum & Wine test 2019 today marked its fifth start for the 5th time in the “Sofia” hall of the Marinela Hotel.
In the official part of the event, the guests, journalists, and fans of the best spirits were greeted by the organizer of the event – Peter Keremedchiev, as well as by the Ambassador of Ireland to Bulgaria, Mr. Michael Forbes, and Deputy Ambassador of the United States to Bulgaria Justin Friedman.
Petar Keremedchiev shared that significant interest in the event stimulates him to upgrade this project constantly. This year he and his team have prepared over 45 bars with nearly 500 rare selections of the most selected and luxurious brands in the categories – whiskey, rum, liqueurs, and wines.
He then gave the floor to Mr. Michael Forbes, who introduced the audience to impressive facts related to Irish whiskey and its presence in Bulgaria. He did not forget to demonstrate a great sense of humor and declared the spirits produced in his homeland as the most -good among the others. US Deputy Ambassador Justin Friedman said that American whiskey has been in high demand in Bulgaria over the past few years and has recorded record exports, which has made our country a stable market for the United States.
In the final part of the official opening, Mr. Keremedchiev called on those present to enjoy the richness of drinks and consume wisely and in moderation.
The master and tasting classes presented by prestigious brand ambassadors, brand owners, and experts will introduce the participants to the history, production, brands, industry, and culture of consumption within 60 minutes. 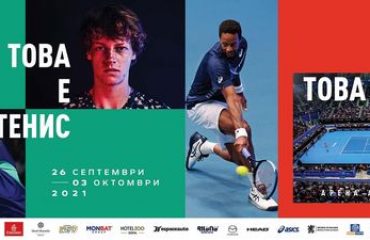 Marinela Hotel – the five-star home of the Sofia Open Stars

MOVEMENT FOR A NATIONAL CAUSE presented its new campaign “DO IT NOW!” in hotel “Marinela”